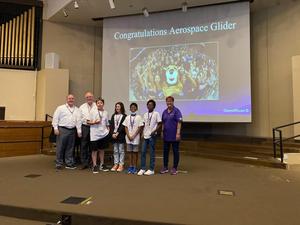 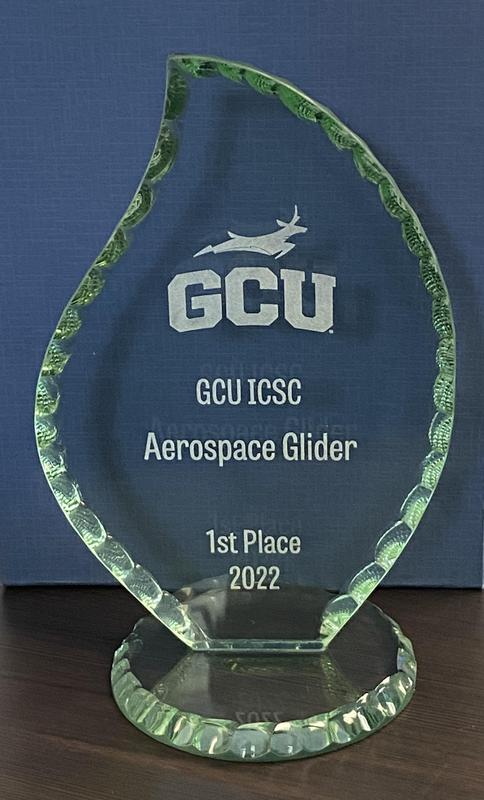 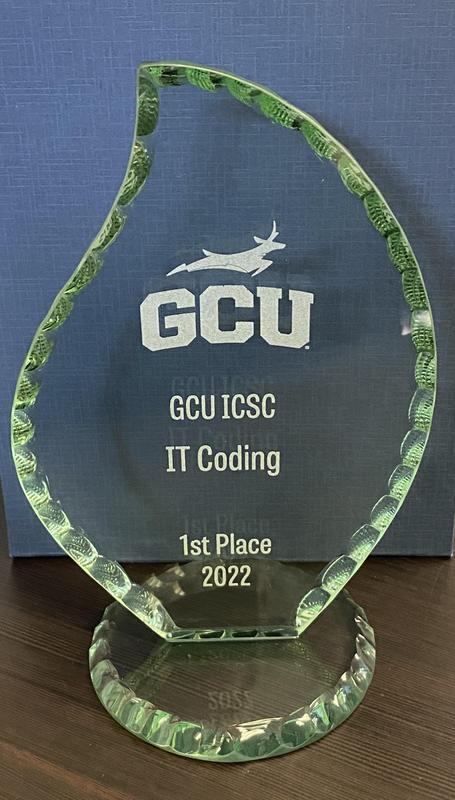 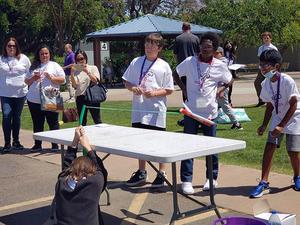 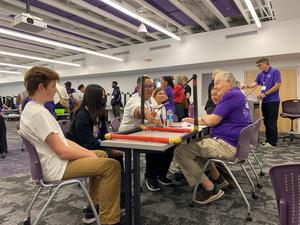 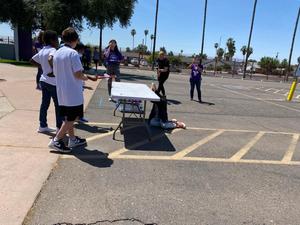 ALCS’ team, which excelled at the regional STEM competition at Whittier Christian High School on March 19 in order to qualify for the international finals, competed with other Christian schools from around the US and the world in the categories of (1) IT Coding (information technology and engineering), (2) Aerospace Glider (aerospace engineering), and (3) Mechanical Slingshot (engineering).

And their work after the regionals to keep learning and improving before the international finals paid off in a big way.

To make matters even more amazing and exciting, the ALCS Aerospace Glider team was the only middle school team in the category and had to face exclusively high school teams—and still finished in first place! In addition, the IT Coding team—which had finished in second place in the regional qualifiers, improved prior to the international finals and captured first place by overtaking the team they had fallen to in the regionals.

Further, the ALCS Eagle Beta Pi STEM team was the only team in the entire competition to have sixth graders on their squad, further making a statement that students across grade levels can make significant and impressive contributions in the STEM disciplines, even in national and international competition.

The international award-winning STEM team was recognized during chapel at ALCS this past week, as well as on the cover of GCU’s weekly university-wide newsletter. Miss Royse had nothing but praise for her entire team, noting their hard work, growth mindset, making the most of the journey, and an ongoing commitment to do their best.

All while really enjoying themselves.

“It was really exciting, but at the same time I was nervous,” said student Owen. “When we got first place that was just like the most exciting thing ever. And all of us admitted that was like one of the best nights of our lives. If it was an app, I’d give it five stars.” And as student Sathvik said so well, “I was not expecting to win. But I guess what mattered was the journey and the process.”

“We are incredibly proud—in every God-honoring way—of our entire STEM team,” smiled ALCS head of school, Dr. Vance Nichols. “What a phenomenal effort by our students and their mentor-teachers. What they have accomplished is truly exceptional and inspiring.”

After the regional qualifying competition in March, all three mentor-teachers had a plethora of well-deserved praise for their award-winning student STEM team as they were preparing for the finals. “I think one of the most important things is that our kids have learned what real perseverance through trying and failing looks like,” explained Miss Royse. “It’s easy to tell someone, ‘never give up!’ It’s another beast to not only keep going, but to continue thinking creatively as you look for solutions, and that’s what our kids have done this year.”

“I am so proud of our STEM team,” praised Mrs. Martinez. “Their creativity and understanding of scientific concepts are proven in the designs of both the slingshot and glider projects. I also loved the way they worked together as a team and encouraged each other to keep going even when things got tough.”

“Our students have shown tremendous patience throughout the whole process of building, testing, and rethinking the glider project,” said Mrs. Palmer. “I could not be prouder of their mindset and willingness to fail. With each failure they came back, ready to try again.”

After the regional competition, the Eagle Beta Pi team had a chance to reflect, refine, reengineer, and retest their projects—including feeling more confident in their presentations and notebooks for judges—as they continued to diligently prepare for the international finals.

Their extra effort resulted in championships.

“The kids worked so hard to make corrections based on the feedback we received from the regional competition,” explained Mrs. Palmer. “They had a renewed confidence going into this international competition, believing that our hard work and perseverance would get us far.”

This was the inaugural year of the high-profile national and international competition jointly conducted by ACSI and GCU, which is scheduled to be an annual event. Read more about the event on GCU's website!