5th Grade Celebrates the Inuit People and Battles the Heat in the Same Swoop! 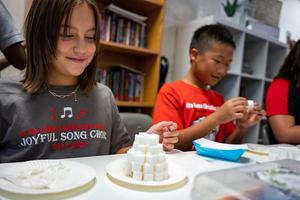 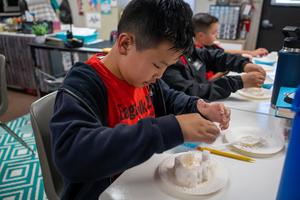 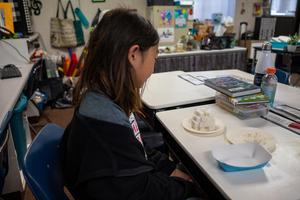 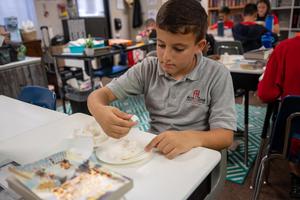 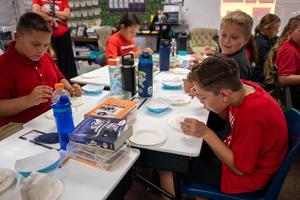 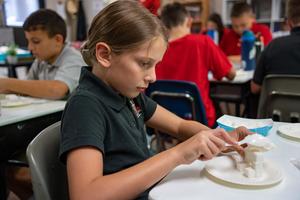 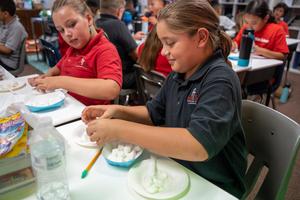 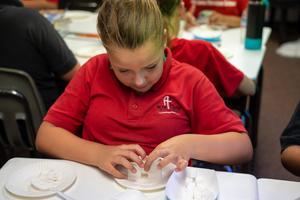 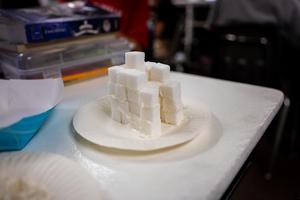 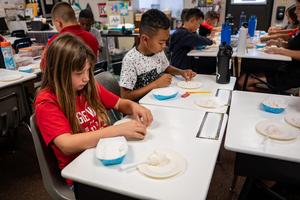 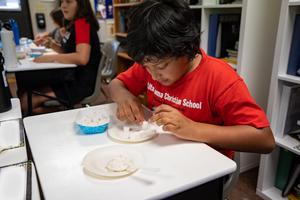 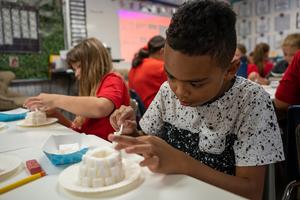 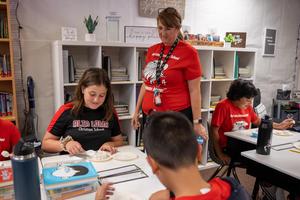 There's nothing like an igloo on a triple-digit day...
As Mrs. Kathy Childs’ fifth grade class has discovered, there’s more than one way to beat the heat.
As part of studying about the indigenous peoples of North America, students built scaled replicas of native shelters… but constructed them with sugar cubes and frosting instead of snow and ice. Sweet!
“We are learning about the first Americans, native Americans, and about the different native American tribes,” explained Mrs. Childs. “In order to help bring the lesson about the Inuit alive, students created igloos.”
Mrs. Childs described how the history lesson also quickly turned into a STEM project, as students began to understand the brilliant—and challenging—design of an igloo, its engineering, and how remarkably well it
functioned. “The kids loved it!” smiled Mrs. Childs. “They loved being able to experience it just a little bit themselves.”
Did You Know? An igloo, also known as an iglu, was derived from the Inuit word for “house” or “shelter.”
They were historically associated with the Inuit peoples when they embarked on hunting expeditions and
built temporary shelters to protect them from the cold and extreme elements.
Published August 30, 2022