About Us » Meet Our Head of School

Meet Our Head of School 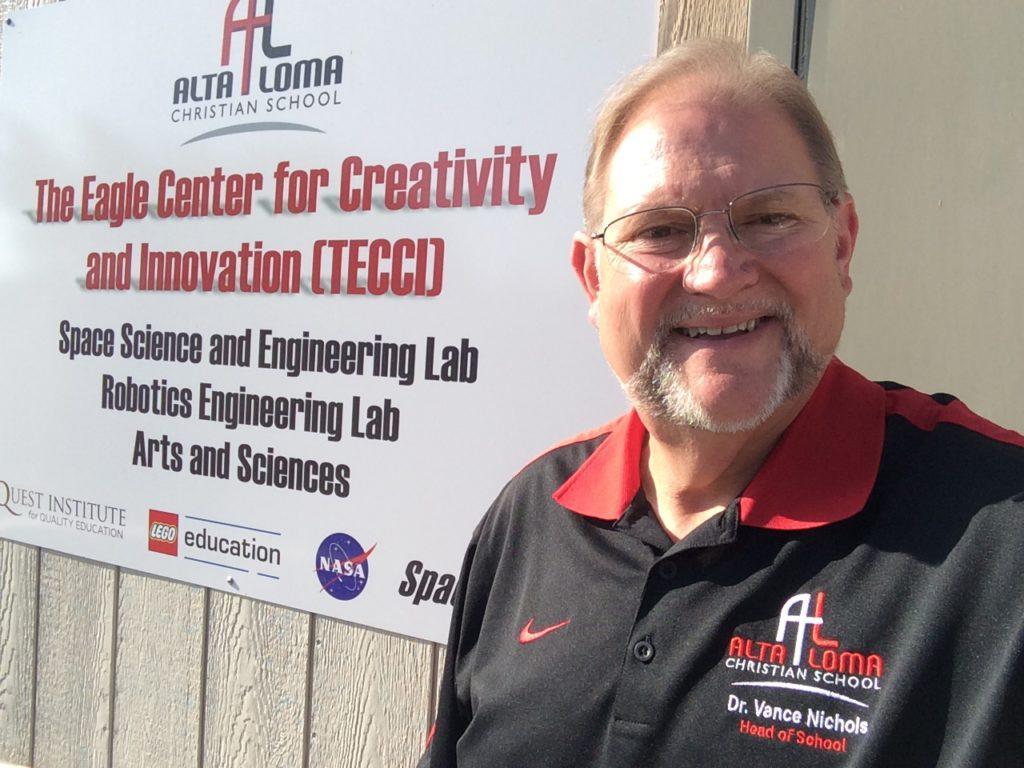 To say that Dr. Vance Nichols, Head of School at Alta Loma Christian School, is passionate about Christian education and shaping our students’ finest futures would be an understatement. Now in his 40th year as an educator, Dr. Nichols has served in the chief leadership post at ALCS since 2015, and introduced the school’s concept of 21st Century Skills, 1st Century Faith.TM

Throughout his career, Dr. Nichols’ schools have been marked by innovative endeavor and elevated student achievement. During his time at ALCS, the school system has become one of the first school systems in the state to teach coding to every student, preschool through 8th grade; has founded The Eagle Center for Creativity and Innovation (TECCI); has established an award-winning STEM program as a faith-based STEM school; has experienced increased student performance and educational innovation; has been selected an Inland Empire Best of the Best Private School for the past five consecutive years; and has been chosen an Innovation Best Schools and Colleges honoree for the past three years.

“[ALCS is] a unique and positive culture and school family that is unlike any place I’ve ever been.”

“Those are all the result of an incredible team that God has brought together and empowered here at ALCS,” explains Dr. Nichols. “We have gifted teachers, engaged students, and supportive parents who work with experienced leadership and staff to accomplish remarkable things. It’s a unique and positive culture and school family that is unlike any place I’ve ever been.”

During his career, Dr. Nichols has worked in both public and private school settings, and has led as head of school, chief academic officer, and principal at the K-12 levels, as well as teaching at the elementary through high school grades and as an adjunct professor and guest lecturer in the U.S. and abroad.

As a graduate researcher at California Baptist University (CBU), Dr. Nichols conducted a groundbreaking study published in 2006 linking leadership failure to private school closure. His subsequent research at the University of Southern California (USC), published in 2016, analyzed the unprecedented decline of the evangelical Christian school movement in America, with implications for reversing the trend. In the process, his Repetitive Inaction Disorder Theory was presented in February 2015. This and other research is utilized at ALCS to provide a premier, leading-edge, faith-based educational experience for students like no other. 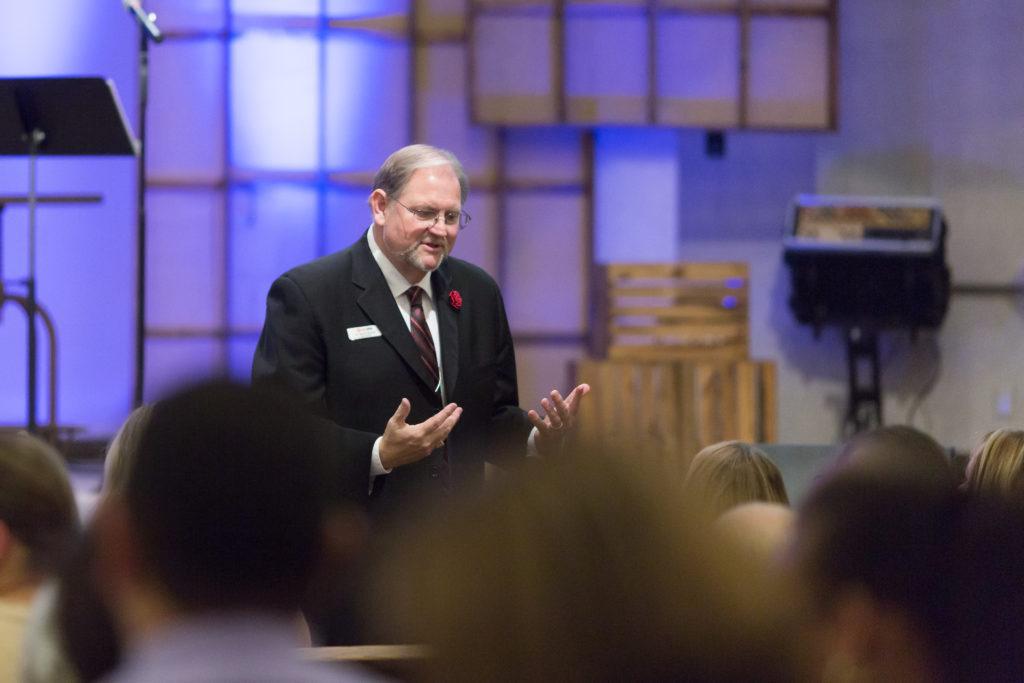 Dr. Nichols is a frequent conference speaker on educational and organizational leadership issues, including co-presenting on multiple occasions with Barna Group and speaking at the California Department of Education’s Private School Conference. He serves as a commissioner on the Association of Christian Schools International’s (ACSI) national Commission on Accreditation, as well as a commissioner and vice chair of ACSI’s Western Division (South) Accreditation Commission. He chairs EE-12 accreditation visiting committees for ACSI and the Western Association of Schools and Colleges (WASC), and has served on a university accreditation advisory council and degree program assessment committee. Dr. Nichols holds lifetime credentials in administration and teaching.

Considered an authority on educational leadership and private school organizational behavior, Dr. Nichols serves as an adjunct professor of organizational leadership at Los Angeles Pacific University (part of the Azusa Pacific University System), is a former adjunct professor of education at CBU, and was a member of a California assembly district private school advisory committee. He has authored numerous books and curricula, including six works for Purposeful Design Publications, and co-authored content for Harcourt Educational Measurement and ACSI on the Stanford Achievement Test.

Dr. Nichols earned his Doctor of Education in Educational Leadership at the USC Rossier School of Education, with a concentration in K-12 Leadership in Urban School Settings. As a 2015 USC Innovation Scholar, he was one of 68 selected scholars from USC, Harvard, Stanford, the University of Pennsylvania, and Arizona State University pushing education innovation to scale. He holds a Master of Science degree in Education from CBU; a Bachelor of Science degree from San Diego State University; development and marketing certification from The College of William & Mary; and conducted graduate work at two seminaries.

Recipient of the USC Eli and Mary Elizabeth Stoops Endowed Scholarship, Dr. Nichols served in the former Soviet Union as Administrative Director of the International School Project in Ukraine, working with members of both the Russian Ministry of Education and the Ukrainian Parliament. He concurrently served as Educational Specialist instructing educators in Russia and Ukraine, including Ukraine’s national teacher credentialing school. Dr. Nichols also taught ethics and pedagogy as an adjunct professor in Kiev.

The ordained minister has bi-vocationally pastored three churches, participated as a U.S. Olympic trials athlete, been recognized for his work as a coach and school administrator, and been honored as a student filmmaker and journalist. Dr. Nichols has been a conciliation court arbitrator, a private school representative on a public school district task force on special education policy, and a freelance screenwriter for Paramount Pictures Television (Star Trek franchise).

A senior member of the National Association of Rocketry, Dr. Nichols appeared in Who’s Who Among America’s Teachers, 9th Edition; The Chancellor’s List, 1st Edition (top 1% of graduate students in the U.S.); Who’s Who in Religion, 4th Edition; and Who’s Who in America, 43rd Edition.

Dr. Nichols and his wife have four children and five grandchildren, and live in Riverside.